As much as you might think your off-road rig is unstoppable and you’ll probably never need a winch, you’re wrong. Everyone has gotten stuck at some point, but often there is a buddy there to tug you out. One day you will end up getting so stuck you can’t just get tugged out, or there won’t be anybody there to tug you out. This is the whole idea behind installing a winch on your rig. Over the years, winches have gotten stronger, lighter, and cheaper, but there is one part of the winch which polarizes the community, the line. In this short article, we’re going to look at synthetic ropes and steel ropes to help you decide which one is right for you. 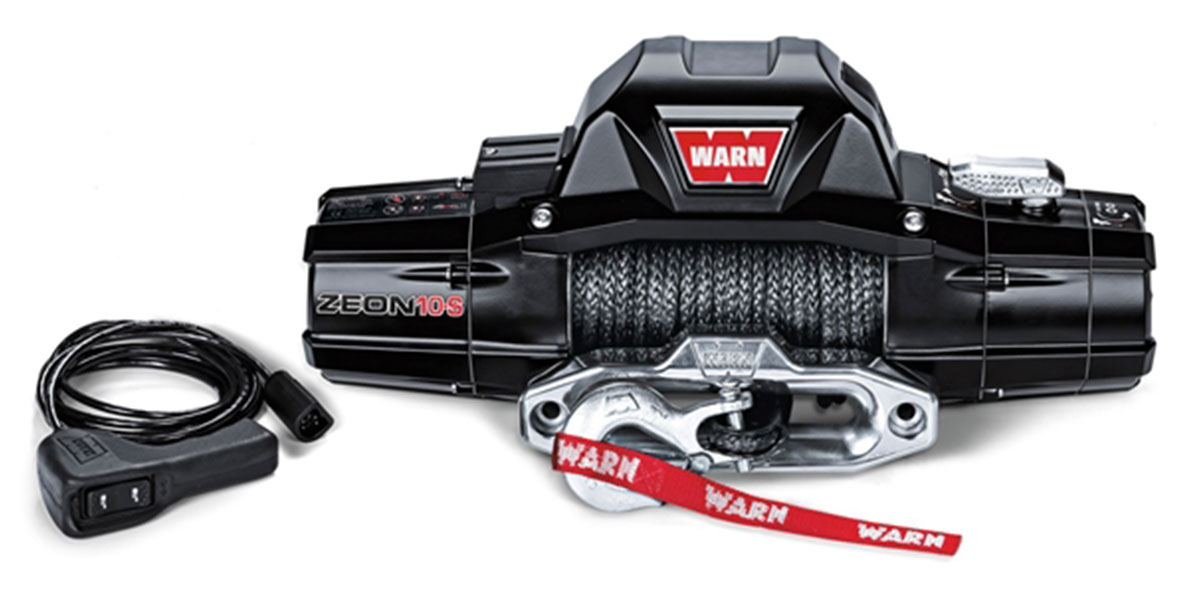 Concerning outright strength, you might think that a steel line would be significantly stronger, but many synthetic lines are just as strong or stronger than steel lines. Assuming the winch line is straight and doesn’t have to deal with obstacles, a synthetic line will provide just as much if not more strength than a steel line. The problem is, often when you’re using a winch, a rock, tree, or other kinds of obstacles may be in the way. Synthetic rope can and will break down when sliding or rubbing against a harsh surface, making it more likely to fail.

One of the awesome things about steel is how well it holds up to the elements. Sure, steel rusts and synthetic rope doesn’t, but steel can hold up to UV light, high heat, dirt, sand, oil, and won’t suck up water. If exposed to direct sunlight for extended periods of time, synthetic rope begins to break down and become brittle. Synthetic rope can also suck up water and freeze in cold weather, making it effectively useless. It’s also possible for dirt and sand to get inside synthetic rope and break down the fibers inside the rope. As far as durability, steel lines aren’t negatively affected by the elements as much as synthetic ropes are, but rust is still a problem.

The really big benefit to a synthetic line is weight. If you’ve ever used a steel winch line, you know just how heavy and annoying they are. Synthetic rope is much lighter which will make it easier to pull to the anchor point. It will also keep less weight off the very front of your rig if that’s something you’re worried about. Even though synthetic rope is much lighter and easier to handle, you should still wear gloves when handling the rope. 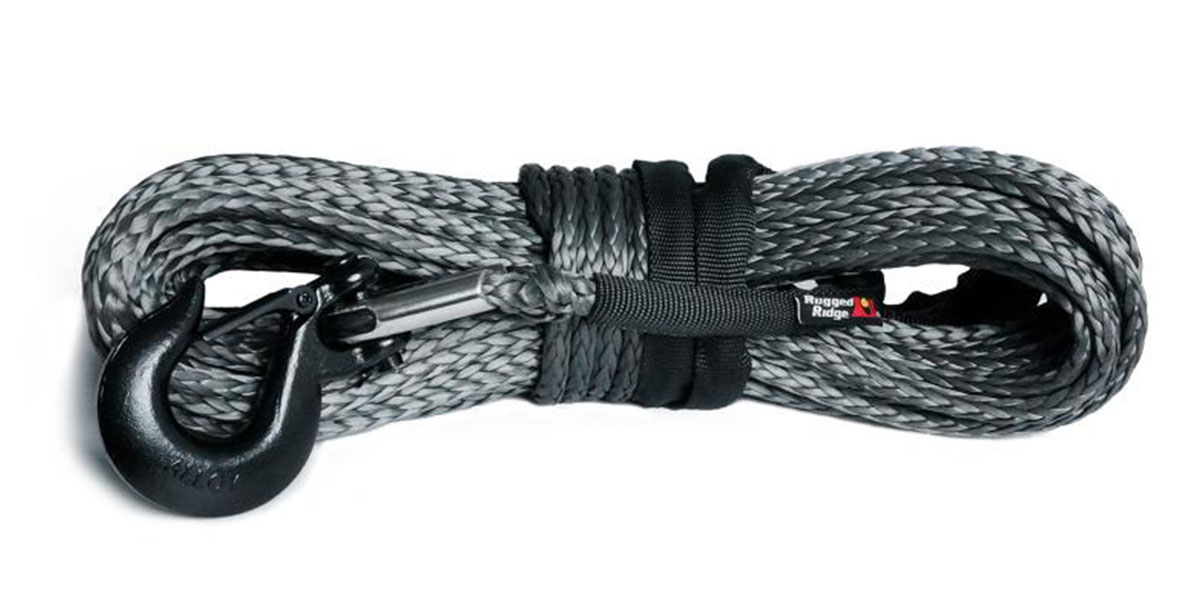 In case you didn’t already know, when winch lines snap, they whip at insane speeds; if you happen to be in the path of where it’s whipping you could be seriously injured or killed. It happens in the blink of an eye and can’t be predicted, safety while operating or being near a winch is a serious matter. Steel which lines are much more likely to kill you when they snap, but synthetic lines can still seriously injure you. To put it simply, synthetic lines are much safer, but can still be very dangerous. Many professional off-road events now require the use of synthetic lines thanks to the added safety.

Synthetic lines are more complicated to produce than steel cables, and as such, they cost more. On top of the higher upfront expense, synthetic lines need to be replaced more often than steel cables since the elements break down the fibers. If cost is a big factor for you, then a steel line is the way to go.

To put this all simply, steel winch cables are stronger (depending on the situation), cheaper, and less likely to be destroyed by the elements, but they’re super heavy, and if they snap, they’re incredibly dangerous. Synthetic winch lines are very light, strong enough for almost any situation, and very safe, but they’re more expensive and can’t stand up to the elements as much as a steel line. Plus, synthetic winch ropes need to be cleaned often to keep dirt and sand out of the line.

If you have any questions about winches or would like to purchase parts for your car, please do not hesitate to contact us. We can be reached by phone at 1.480.966.3040 or via email at [email protected]. 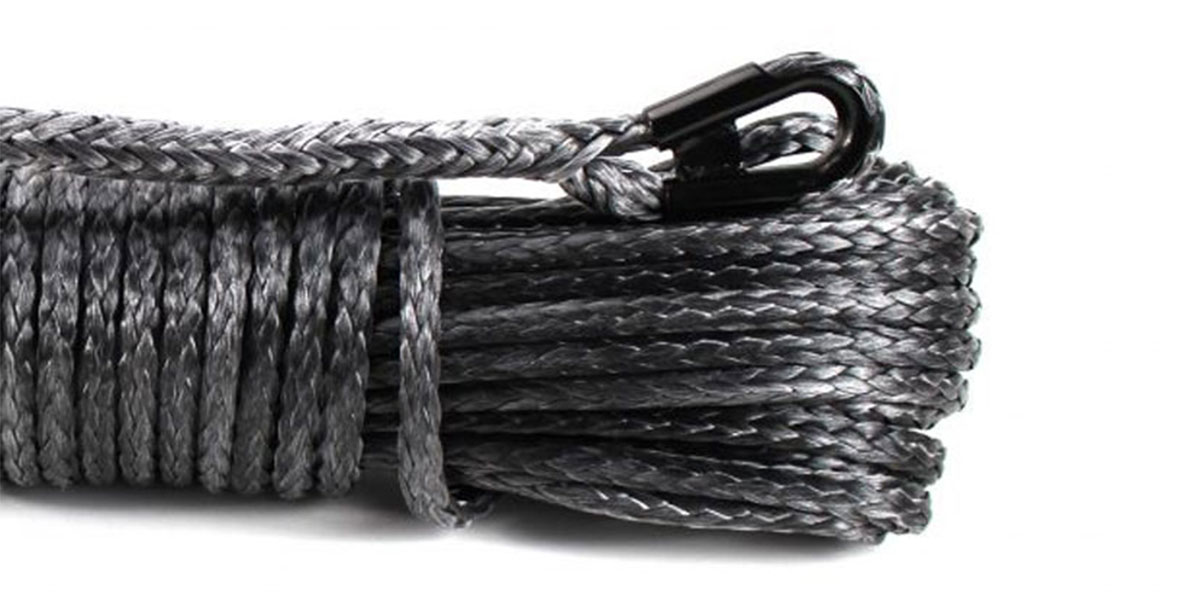